After almost two decades of clinical research, Whole Brain Synchronization is revealing itself to be one of the greatest breakthroughs in healing and personal growth. There is more and more scientific evidence that proves meditative practices should be at the very heart of our healthcare system.

With the 8 minute amazing technology of LifeFlow you can generate vibrant states of health and well being. And as stress melts away, so to will anger, fear, depression, anxiety, addictions, and a whole host of dysfunctional feelings and suppressed emotions.

To understand the inner workings of the human brain, we must first study the structure of this incredibly complex organ.

Inside the skull is the Corpus Callosum which is a group of over 200 million nerve fibers connecting the two sides (hemispheres) of the brain. 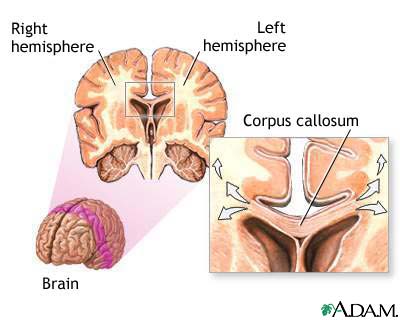 The Corpus Callosum provides the main route for the transfer and integration of information between the two hemispheres of the brain.

In the vast majority of people one hemisphere is alternately dominant over the other, depending upon the task being performed.

Do You Want To Feel More Calm?… Relaxed?… Centered?

Then give LifeFlow Audio Technology a try free today…

Scientific research has proven that advanced meditators develop the ability to use their whole brain and to live in a more balanced state characterized by brain synchronization and whole brain functioning. Some of the most brilliant scientists, technologists and artists throughout history had a high degree of “whole brain synchronization”. Einstein, Picasso and Lewis Carol are a few examples of the small percent of people who used whole brain thinking.

There are two main effects of reorganization and increased synchrony in the brain.

One is an increase in various mental capabilities:

The second is, each time the neural structure changes, positive changes in mental and emotional health take place. As the brain reorganizes at a higher level of functioning, a new and improved map of reality (the way in which we perceive the world to be) is created.

When new neural pathways are formed a greater understanding is born and we acquire the realization that we have many more choices and opportunities than we previously believed.

This is when your life really begins to change for the better.

« Previous Post How Well Do YOU Sleep? Next Post » How You Can Take A Break For Free