As we become older, the brain creates lesser quantities of these beneficial substances and we therefore develop various ageing symptoms and diseases.

At the slower Alpha and Theta brainwave patterns, production of DHEA and Melatonin increases significantly.

One study noted an increase in DHEA of as much as 44%. Some even had DHEA increases of up to 90%.

Melatonin increases were even more astounding, with average increases of 98% recorded. Many participants even had increases of up to 300%.

Cortisol Is The Major Age-Accelerating Hormone 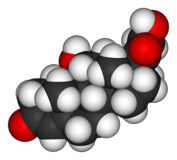 Cortisol is a hormone naturally produced by the adrenal glands. According to Dr. Giampapa, Cortisol is the major age-accelerating hormone. It also interferes with learning and memory and is, in general, bad news for your health and your well-being.

Cortisol is the “stress hormone,” and the more of it you have, the more stressed you feel… the more vulnerable to disease you are and the faster you age!

Another hormone, DHEA, is also produced by your adrenal glands. DHEA is a precursor, or source ingredient, to virtually every hormone your body needs.

DHEA level is a key determinant of physiological age and resistance to disease. When levels are low, you’re more susceptible to aging and disease; when they’re high, the body is at its peak—vibrant, healthy, and able to fight disease successfully.

DHEA acts as a buffer against stress-related hormones (such as Cortisol), which is why as you get older and make less DHEA you become more susceptible to stress and disease.

The Benefits Of Melatonin 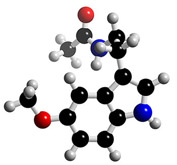 Melatonin is a hormone produced by the pineal gland and helps to create restful sleep. The inability to sleep soundly can dramatically decrease the quality of your life and greatly speed up the aging process. The production of this important hormone rapidly declines with age.

New research also reveals that Melatonin is a powerful antioxidant.

Melatonin is a ubiquitous neurohormone whose production is low during the day and high at night. It passes through cell membranes and acts as a highly potent antioxidant to scavenge free radicals that cause damage to DNA, Reiter (1995).

It suggests that reduced Melatonin will also reduce immune system competence and enhances the risk of cardiac, neurological and carcinogenic disease and death through reducing its antioxidant activity. These predictions are checked against clinical studies.

Tap Into Your Own Natural HGH Resource…


with the help of LifeFlow Audio Technology!!

Dr Russel Reiter, an eminent Melatonin researcher, is the founder and editor-in-chief of the Journal of Pineal Research.

Published papers are cited to justify each of these health effects. Most of the 21 associated conditions relate to the oxidative damage by free radicals and Melatonin’s multiple roles as a potent antioxidant, sleep enhancer and immune system booster.

Meditation increases the production of serotonin which is a calming neurotransmitter in the brain.

It is within Delta that our brains are triggered to release great quantities of healing hormones, one of which is human growth hormone (HGH) which we make less of as we age, resulting in many symptoms and diseases associated with aging.

Hollywood stars pay up to $20,000 a year for synthetic human growth hormone injections, because it brings back youthful energy, looks, and stamina. And I agree, the effects of HGH are dramatic:-

HGH is one of the reasons kids have endless energy—their pituitary glands spew out heaps of the stuff!

Unfortunately, your body produces less HGH as you get older—as much as 50% less by our late 50s.

But HGH injections are dangerous, expensive and can cause frightening side effects!!

Now you know you can produce HGH and many other healing hormones, naturally and safely with a little daily LifeFlow meditation.

By quieting the mind, which then quiets the body, and the less turbulent the body is, the more the self-repair healing mechanisms get amplified. In fact, scientists have shown that the better your DNA, your genetic machinery is at healing itself, the longer you live. That’s how meditation lowers biological age. – Deepak Chopra